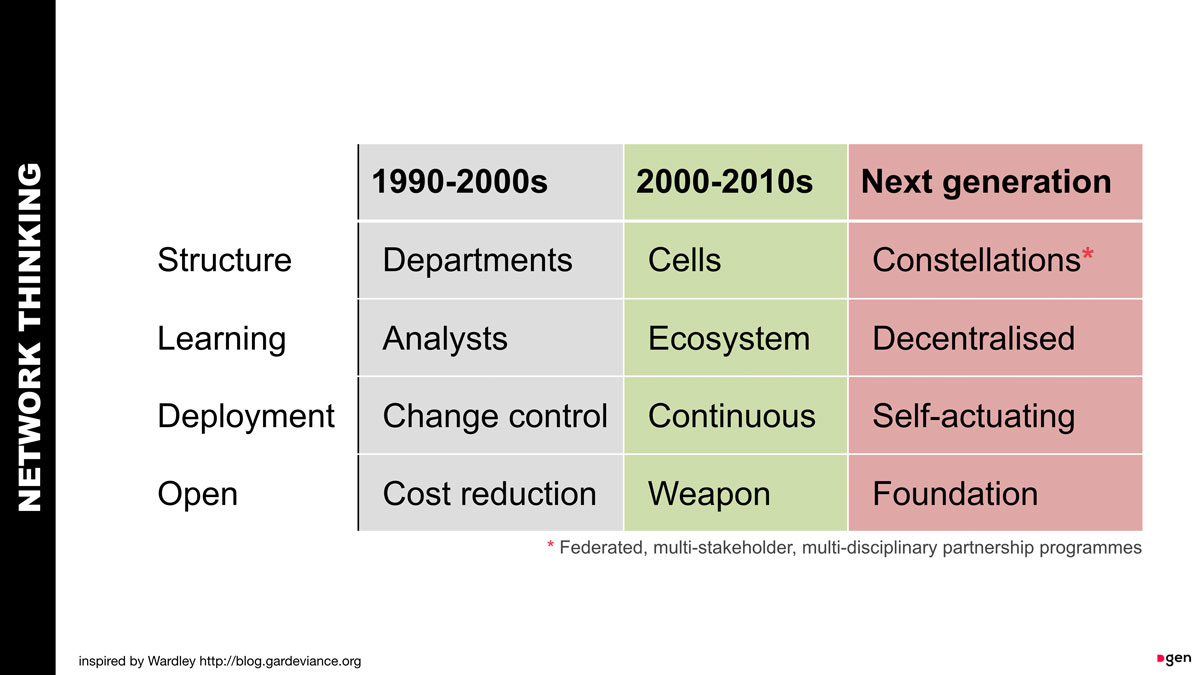 The above chart is an evolution of the work of Simon Wardley, which I’ve been following for many years. It feels like we’re in another phase-change based on the impact of the web and technology: of radically centralised+decentralised tensions, of systems that self-organise/self-actuate, where teams are spread as constellations, and where ‘open’ (for many varying definitions of the word) is a central forcing function of change.

This view has been at the heart of our industrial economic drive—I think most of my career has been anchored in trying to invert it.

In creating open businesses I’ve continuously sought to increase the number of connections, not the size of the moat: building federated systems not centralised fiefdoms, actively encouraging imitation and rapid evolution. In the long-term, I think the impact of being open is far more profound as a culture shift. 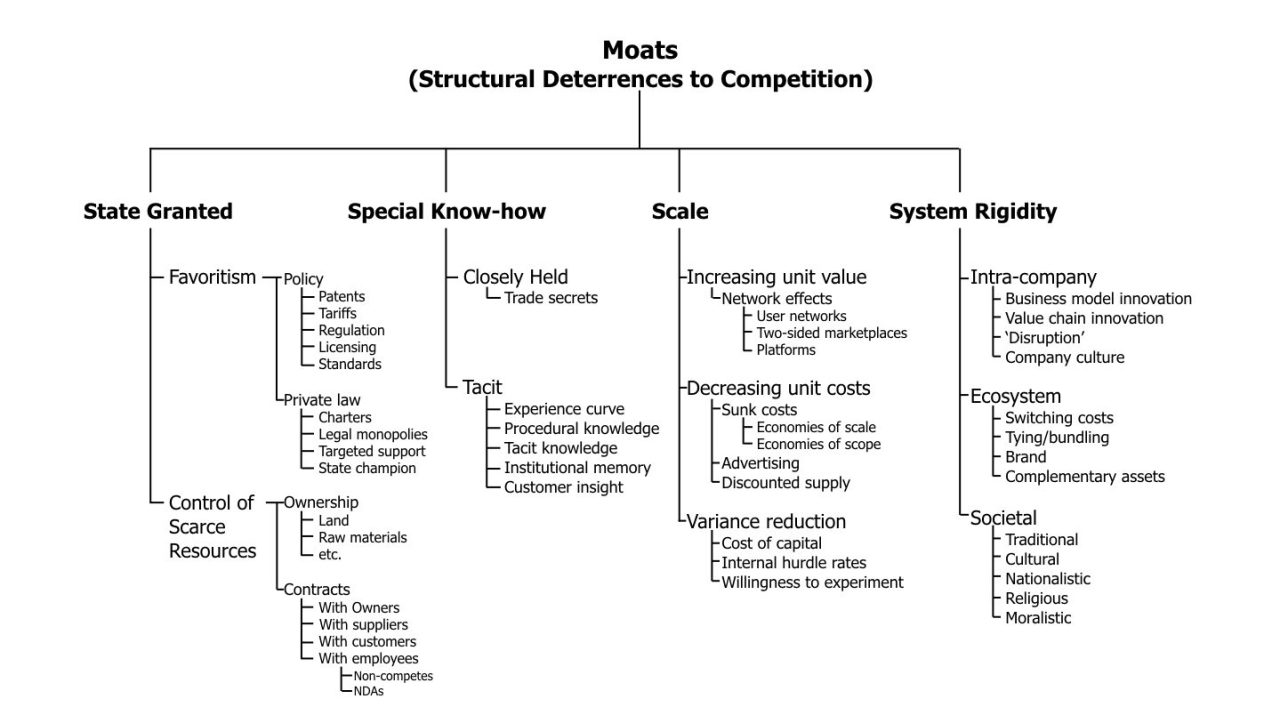 Moats draw their power to prevent imitation from one of four basic sources:

The state
We’ve created regulation that mandates ‘open’ systems, such as Open Banking. This is now in-force in the UK and in development in 20 countries. The impact, I think, will be both innovation and the radical erosion of ‘excess profit’ to make open markets operate the way they were intended.

Special know-how
The web removes this as a barrier pretty quickly. The cost of setting up, for example, a bank is now 1/10th to 1/100th what it used to be. Moore’s Law applies to business models not just technology.

Scale
Ditto scale. Cloud compute + web + mobile decimates the path to the customer faster and at greater scale than anything else we’ve invented.

System rigidity
Systems rigidity is a bug, not a feature. Startups route around rigidity faster than incumbents can hold a meeting. Note that rigidity is not the same thing as resilience or robustness.

And, with a startup lens: “Startups that aim to create value can’t have a moat when they begin, uncertainty is what protects them from competition until a proper moat can be built. Uncertainty becomes their moat.”

So, what next, moat-economy enthusiasts? How do these ideas evolve in a web-first society & economy?

“Innovation must be open and collaborative, value is created by societies not individuals, through innovation, because it is not an absolute, it is a differential, it is how we rescue wealth from the inevitable decay imposed by obsolescence and environmental “externalities”. Individuals who hoard end up sitting on a pile of worthless rubbish … and our society is geared up to pay them for the privilege – i.e. we pay for the decay of the wealth of others. That’s what being rich means in this unsustainable zero sum game.”