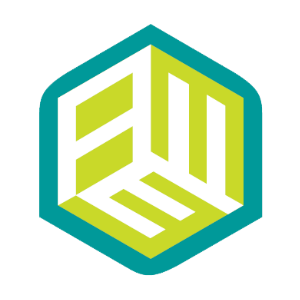 In 2005, I was working with climate change charity Global Cool and global hedge fund Man Group (in my spare time) to try and create a global movement around climate change awareness and action.

While chairing the working group that created the “Global Cool Tonne” (which became one of the first UK Government’s Gold Standard offset mechanisms) I became very concerned about the transparency and credibility of the information being used in the market. As a result of this I started to pull together ideas about how to solve that problem.

To create long-term, scalable change I believe you need credible, transparent information. We have all witnessed that the Carbon markets have suffered greatly from a lack of such credibility.

The genesis of AMEE (in 2006) was the combination of three events: (1) a conversation with Diggory to discuss the potential of representing emissions data and a computational and transactional engine, in a web-service API. (2) a conversation with Andrew to discuss the potential of codifying Government and environmental standards in such an open platform, and (3) a presentation I gave to Climate Change Capital presenting my ideas for treating carbon as a global currency – with CO2e values mapped against every line-item on financial statements.

I funded the initial development through Dgen and, via various friends and colleagues, we were noticed by Bryony Worthington from Defra, who was lead author on the Climate Change Act. The Friday before Christmas in 2006 I was called into Defra to explain what our plans were for helping to open up Government data (the bedrock of the calculations used in carbon footprinting). At the end of that meeting I was asked to write a white paper for UK Secretary of State, David Miliband, to go in his briefcase on the Monday so he could digest it over Christmas.

We began working directly with Defra on 2nd Jan 2007. Six months later, the Secretary of State went on national television to launch the project, “Act on CO2”.

There were many “firsts” that came from this project:

AMEE was also one of the first commercial companies to pioneer access to open Government data using a web-service API, and to address privacy issues by anonymising citizen information as the default setting within our solution. As a result AMEE was held as an exemplar by both Government and industry leaders, such as the Open Knowledge Foundation.

While they remained an integral part of the project for some time, Diggory, Chris and Marcus chose to continue running their own companies, while Andrew chose to continue to run his own venture and join AMEE. Anna continued as project and account manager.

After DECC’s official launch, AMEE adoption grew exponentially – over 1.8M end-user profiles through Act on CO2, Google, Morgan Stanley, Radiohead, The Energy Savings Trust, Dopplr, EEDA, The RSA, and many others signing up and pioneering use of the service.

After presenting at the 2008 O’Reilly conference, ETech, I met with Mark from OATV. On the strength of this and meeting with the AMEE team, OATV led (within 3 weeks) our $2m Series A investment with Union Square Ventures, and catapulted us on our journey to provide Environmental Intelligence — Everywhere.

After our investment, we added Bryony Worthington (now Baroness Worthington), Jamie Andrews, James Smith, Calum Alexander, Dickon Ausden, and James Hetherington to the startup team, shaping the core of the AMEE platform and its content.