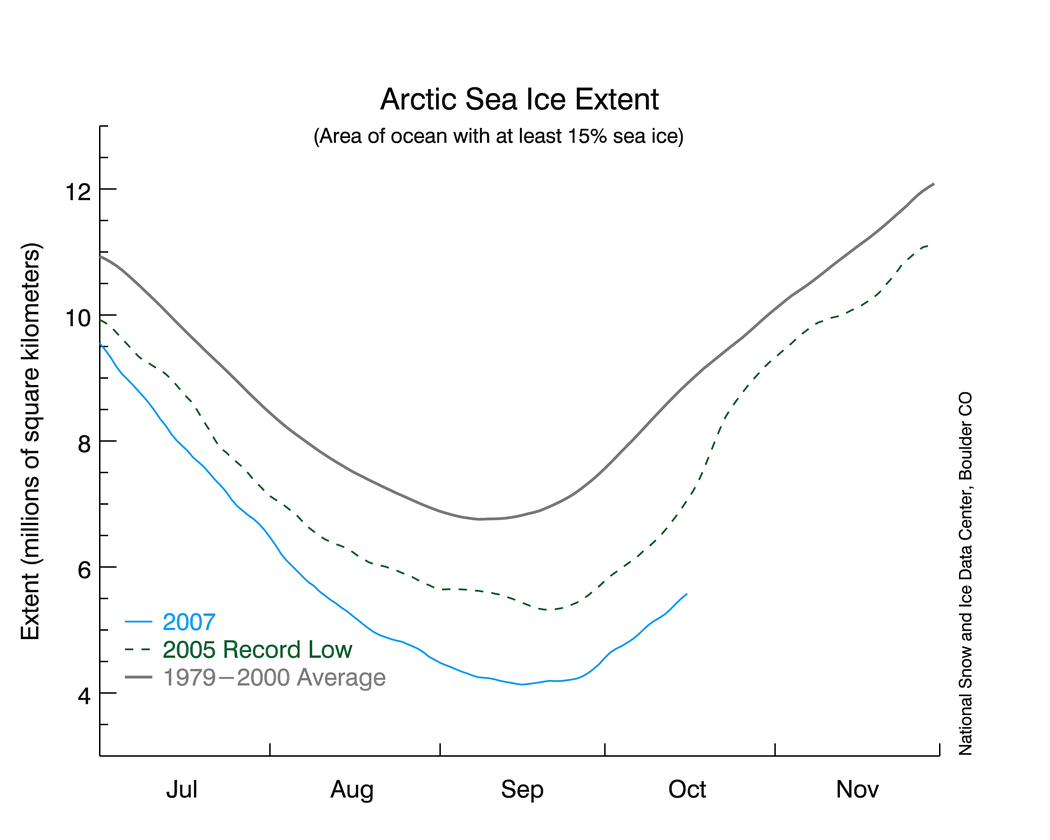 Last year, we watched the lowest ever sea ice measurement unfold. It wasn’t happy viewing. Here’s the graph just after the low point – as of October 16, the extent was 3.20 million square kilometers (1.23 million square miles) below the long-term average. If we now look at winter, when the ice is reforming you can see what looks like good recovery, but note that the solid black line is the average and the dotted line the previous record low… so it’s still bad. These images and graphs should be part of the weather forecast every day on every TV and Radio channel.