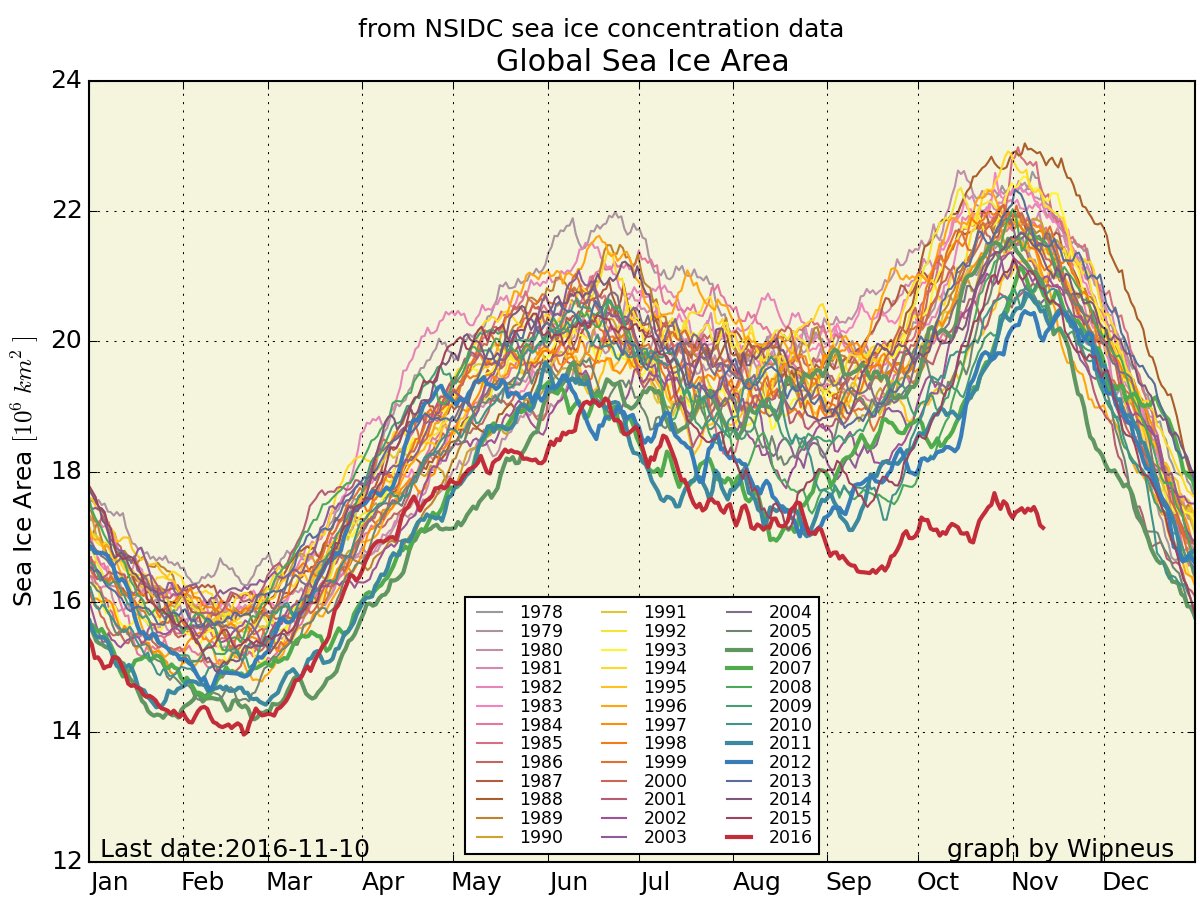 After a quick initial freeze-up during the second half of September, ice growth slowed substantially during early October. On October 20, 2016, Arctic sea ice extent began to set new daily record lows for this time of year. After mid-October, ice growth returned to near-average rates, but extent remained at record low levels through late October. High sea surface temperatures in open water areas were important in limiting ice growth. October air temperatures were also unusually high, and this warmth extended from the surface through a considerable depth of the atmosphere.

More reasons why https://github.com/AMEE/8XX-rfc may be more accurate than we’d envisaged. And, since we need to still keep explaining why this is all real, now, and up to humans, here’s a fantastic visualisation blowing up of all the ‘usual’ climate denier rhetoric.