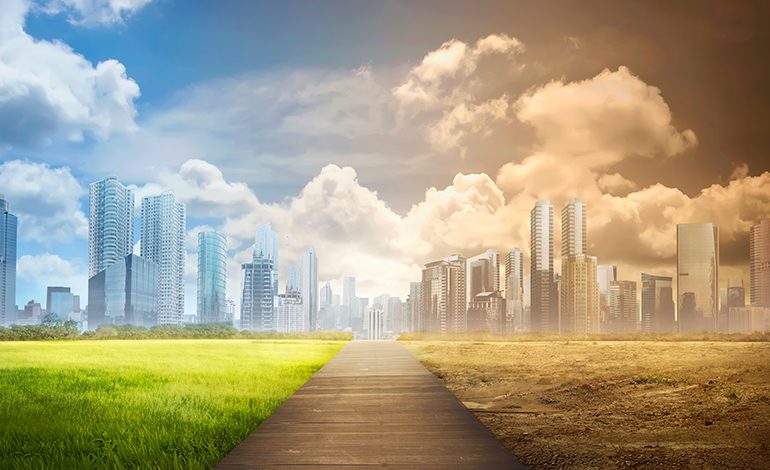 We’re all aware of the emotive language used to polarize the climate change debate.

There are, however, deeper patterns which are repeated across science as it interfaces with politics and media. These patterns have always bothered me, but they’ve never been as “important” as now.

We are entering an new era of seismic change in policy, business, society, technology, finance and our environment, on a scale and speed substantially greater than previous revolutions. The sheer complexity of these interweaving systems is staggering.

Much of this change is being driven by “climate science”, and in the communications maelstrom there is a real risk that we further alienate “science” across the board.

We need more scientists with good media training (and presenting capability) to change the way that all sciences are represented and perceived. We need more journalists with deeper science training – and the time and space to actually communicate across all media. We need to present uncertainty clearly, confidently and in a way that doesn’t impede our decision-making.

On the climate issue, there are some impossible levers to contend with;

When represented in political, public and media spaces, these two levers undermine every scientific debate and lead to bad decisions.

Pascal’s Wager is often invoked, and this is entirely reasonable in this case.

It is reasonable because of what’s at stake: the risk of mass extinction events. If there is a probability that anthropogenic climate change will cause the predicted massive interventions in our ecosystem, then we have to act.

The nature of our actions must be commensurate with both the cause and the effect. The causes are many: population, production, consumption – as are the effects: war, poverty, scarcity, etc.

Our interventions will use all our means to address both cause and effect, and those actions will run deep.

Equally, we must allow science to do what it’s designed to do: measure, model, analyse and predict.

From a scientific perspective we must allow more room for theories to evolve, otherwise we’ll only prove what we’re looking for.

However, if we ignore the potential need to act, the consequences are not something anyone will want to see.

It’s not something we can fix later (for me, “geo-engineering” is not a fix, it’s a pre-infected band-aid).

Given the massive complexity of the issues, and that – really – anthropogenic climate change is only one of many “peak consumption” issues that we face, there is no way we can accurately communicate all the arguments that would lead to mass understanding.

However, the complexity issues are no different from those we face in politics. They are not solvable, but they are addressable.

We can communicate the potential outcomes, and the decisions that individuals need to make in order to impact the causes.

My choice is based on my personal exposure to the science, business, data, policy, media, and broader issues around sustainability. That choice is to do my best to catalyse change as fast as I possibly can.

We all need to actively engage in improving communication, so that everyone – potentially everyone on Earth – can make informed choices about the future of the planet we inhabit.

http://www.realclimate.org/ is a great resource.

Today, the UK Government launched a campaign “to create a more science literate society, highlighting the science and technology based industries of the future”