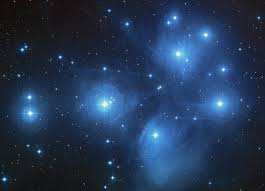 Calling Virgin Galactic: “if we could get our political leaders to have a summit meeting in space, life on Earth would be markedly different”

Alex Evans reflects “during a break in an all-day meeting of senior policymakers at the United Nations, on the subject of ‘global sustainability’. Know what? The room had no windows”

On this excellent snippet from and interview with Apollo 14 astronaut Edgar Mitchell:

“Every two minutes, a picture of the Earth, Moon and Sun, and a 360 degree panorama of the heavens, appeared in the spacecraft window as I looked. And from my training in astronomy at Harvard and MIT, I realized that the matter in our universe was created in star systems, and thus the molecules in my body, and in the spacecraft, and in my partners’ bodies were prototyped or manufacted in some ancient generation of stars. And I had the recognition that we’re all part of the same stuff, we’re all one. Now in modern quantum physics you’d call that interconnectedness. It triggered this experience of saying wow, those are my stars, my body is connected to those stars. And it was accompanied by a deep ecstatic experience, which continued every time I looked out of the window, all the way home.”