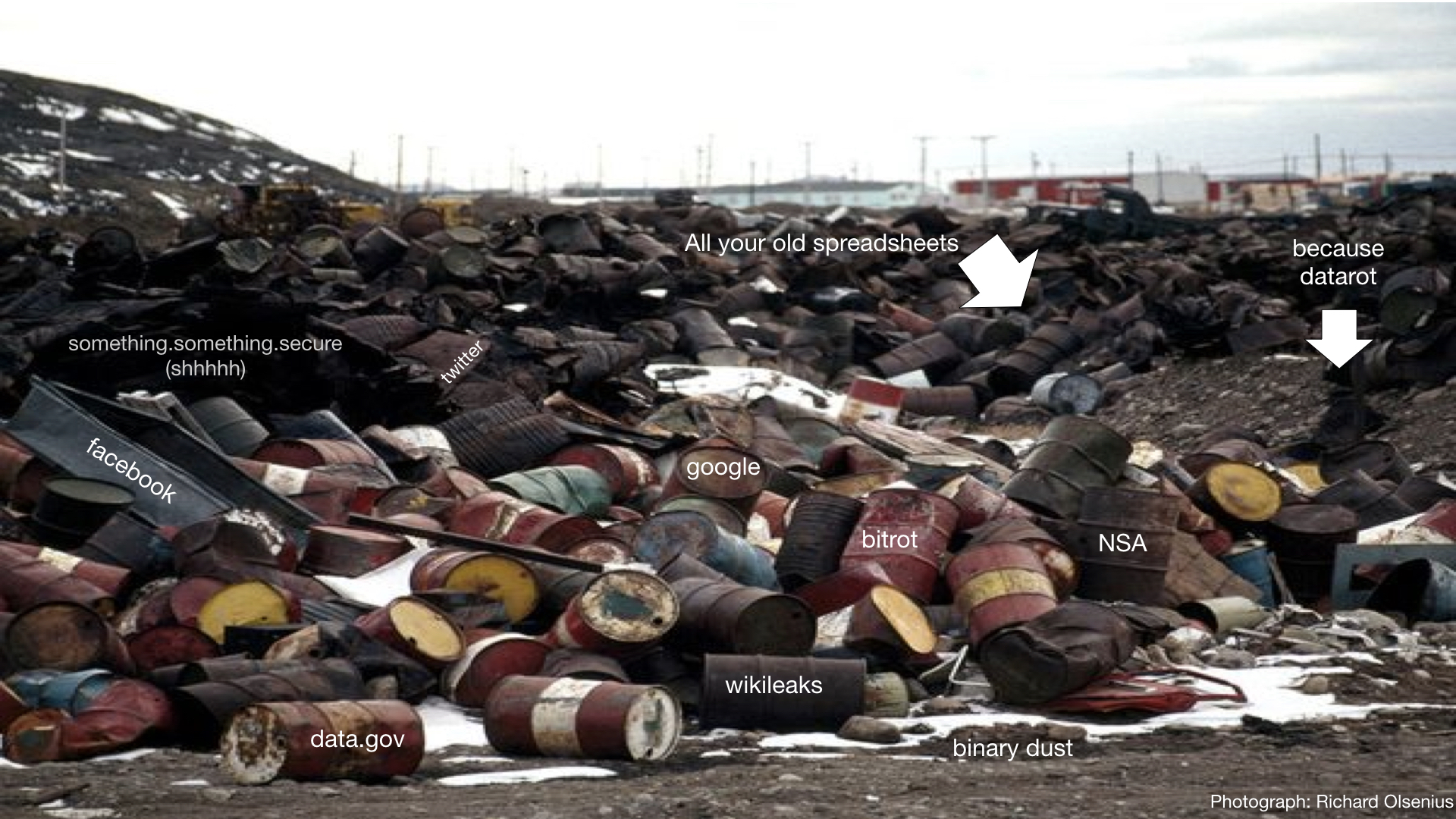 “The world’s most valuable resource is no longer oil, but data” says The Economist

“Data is the new oil”, said Clive Humby and many others [*update: or “new water”, “new electricity” etc… ugh]

Some people have described why it is and that it’ll be a new currency.

In 2012 Forbes asked “Is Data The New Oil?”, saying “Data is just like crude. It’s valuable, but if unrefined it cannot really be used. It has to be changed into gas, plastic, chemicals…”

And, while it’s easy to run with these kinds of comparisons, they are shallow. The economic model for a commodity that doesn’t run out is more like solar power than oil.

The value of data is not based on scarcity (even if you think it currently is, it wont be).

The economic model for a commodity that increases in volume and value the more it is connected is, well, more like the web. It might be more accurate to say that the ‘web of data’ is the new ‘web of documents’. Extrapolating… the value of data is greater than the value of oil.

Oh, and since I’m a climate geek, setting aside the carbon footprint of the internet (which is big), data doesn’t cause catastrophic climate change in the same way that oil does. Although, we may soon need data sequestration for all our binary dust.

And, lest we forget how organisations often relate to data, here is a potential vision for the future of data—if we don’t pay more attention.