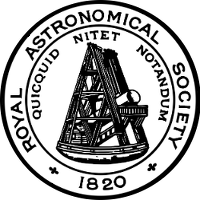 A project that explores whether there is a musical equivalent to the curvature of spacetime will be presented on Thursday 6th July by Gavin Starks at the National Astronomy Meeting at the University of Hull.

Starks, who has a background in radio astronomy and electronic music, been working on developing an ‘acoustic cosmology’ for more than 20 years in collaboration with Prof Andy Newsam of Liverpool John Moores University. Their aim is to test whether mathematical relationships that describe cosmology and quantum mechanics can be applied to a sonic universe, or ‘soniverse’.

Starks explains: “If we look at the way that music has evolved from mediaeval plainsong to the algorithms that generate current chart-hits, we can see parallels developing in the way we describe music and descriptions of our perception of the universe. We can now create new types of sound from scratch – electronic sounds that simply couldn’t have existed before. It leads us to think about a digital sound world that we can’t enter, because it physically doesn’t exist. The question is – what next?

“We are starting to develop completely new forms of manipulating the microstructure of sound, as well as the macroenvironment in which we experience it. This raises questions about whether we can create a soniverse based on a set of fundamental equations, in the same way that we can create mathematical models of the universe.”

Starting with a single wavelength ‘sonon’, a fundamental particle in the soniverse equivalent to a photon, Starks has attempted to define its properties and the physics that may apply to it. The project’s initial model of ‘wave-time’ has three independent dimensions: the individual sonon wavelength, instrument time (the duration that an individual instrument plays) and performance time (duration equal to the length of an individual piece).

Some of the relationships explored to date are causal (i.e. the physics is consistent within the soniverse) and some are aesthetic (i.e. they describe a subjective musical construct). Many have direct parallels in the physical universe. For example, the listener in the soniverse is analogous to the observer in quantum mechanics: a sonon is only rendered musical or not when it is heard.  A temporal gravity allows the clustering of sonons to create rhythms or musical phrases. Wave-time can be bent by clusters of sonons, in the same way that gravity distorts space-time in the universe.

Starks believes that bringing together cutting-edge science and understanding of musical structure creates the opportunity for discovery: “There’s a long common history between physics and music, for instance people built columns in cathedrals at a height linked to the resonant frequency, even before they understood the nature of pressure dynamics. It’s a relatively recent phenomenon that art and science are treated as different disciplines. By bringing them back together, and creating a common language, we can find different ways of interpreting and thinking about both music and cosmology.”

Newsam adds: “As astronomers, our experience of the universe is essentially visual – images, graphs, and so on. With the soniverse, we hope to create a new way to appreciate the cosmos, using our instinctive grasp of music and tone to explore relationships between different objects and cosmological models.”

This data-cube is based on an optical image of the “Antennae Galaxies” colliding, as taken by the Hubble Space Telescope and a radio-image taken by ALMA. Each pixel actually represents a spectrum of frequencies across the electromagnetic radio spectrum

The data-cube works in two ways.

By clicking the image and moving your cursor around you can “play” a spectrum of the colliding galaxies. Underneath, you can see a visual representation of the frequency spectrum. Spend some time moving slowly around the red(redshifted) areas – there is a surprising richness to the harmonics for such a simple sonification.

Note: the data-cube is 8MB and could take between 20 seconds to several minutes to appear if you are on a slow connection.

Inspired by the discovery of the first double-pulsar system (ranked as the 6th most important scientific discovery of 2004), and specially written to celebrate the 10th anniversary of RT32 – a reclaimed 32m Radio Telescope in the middle of the Latvian forests (the VIRAC Radio Telescope in Irbene) brought to life over a decade, after being trashed by the Soviet military, as the only radio telescope in the world that is dedicated to both science and art.

Further information on the project can be found at: http://www.binarydust.org/2017/01/27/escape-into-the-multiverse/

Running from 2 to 7 July, the RAS National Astronomy Meeting 2017 (NAM 2017, http://nam2017.org) takes place this year at the University of Hull. NAM 2017 will bring together around 500 space scientists and astronomers to discuss the latest research in their respective fields. The conference is principally sponsored by the Royal Astronomical Society and the Science and Technology Facilities Council.

The Royal Astronomical Society (RAS, www.ras.org.uk), founded in 1820, encourages and promotes the study of astronomy, solar-system science, geophysics and closely related branches of science. The RAS organises scientific meetings, publishes international research and review journals, recognises outstanding achievements by the award of medals and prizes, maintains an extensive library, supports education through grants and outreach activities and represents UK astronomy nationally and internationally. Its more than 4000 members (Fellows), a third based overseas, include scientific researchers in universities, observatories and laboratories as well as historians of astronomy and others.

The Science and Technology Facilities Council (STFC, www.stfc.ac.uk) is keeping the UK at the forefront of international science and has a broad science portfolio and works with the academic and industrial communities to share its expertise in materials science, space and ground-based astronomy technologies, laser science, microelectronics, wafer scale manufacturing, particle and nuclear physics, alternative energy production, radio communications and radar.

STFC’s Astronomy and Space Science programme provides support for a wide range of facilities, research groups and individuals in order to investigate some of the highest priority questions in astrophysics, cosmology and solar system science. STFC’s astronomy and space science programme is delivered through grant funding for research activities, and also through support of technical activities at STFC’s UK Astronomy Technology Centre and RAL Space at the Rutherford Appleton Laboratory. STFC also supports UK astronomy through the international European Southern Observatory.