“Our biggest stranded assets are not our coal plants, they are our cities”
Aromar Revi, IIHS

2019 seems to have passed extremely quickly. Notwithstanding the politics, it’s been a remarkable year for climate change and for open banking.

1. Icebreaker One — bridging the gaps between finance and the climate crisis 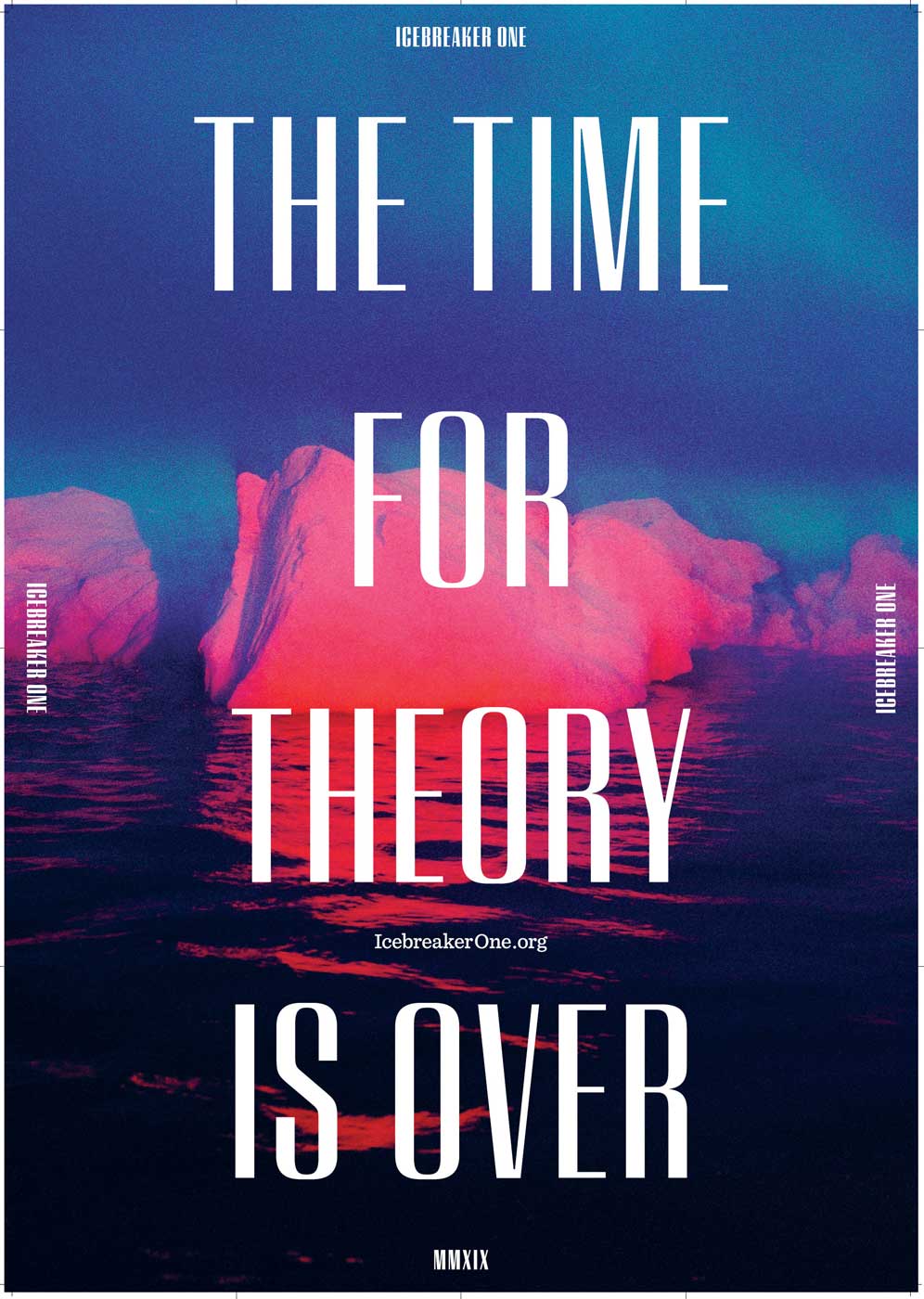 About 18 months ago, working with Climate KIC, we started to bring people together from the financial communities (specifically insurance) to try and work out how to influence the greatest economic movement.

The IPCC report then helped by setting our collective remaining carbon budget deadline to about a decade. To think about this a bit differently, that’s about 4,000 days.

In March, we named our new project Icebreaker One, launched its website and gathered a brilliant Constellation team to draft discussion papers around Climate, Environment, Finance, Infrastructure and Data (aka ‘CEFID‘).

In April, 34 banks—including the Bank of England—started to raise the flag around the economic risks of climate change (about $20tr and counting).

In May, we presented our work (with open Google Docs, PDFs) at the UN Disaster Risk Reduction Global Platform—a gathering of about 3,000 people in Geneva around all the fun things that are broken: ranging from climate to species collapse to meteors. This aligned the launch of a new framework: the Global Risk Assessment Framework. It aims to improve the understanding and management of current and future risks, at all scales, to better manage uncertainties and mobilise people, innovation and finance by:

Icebreaker One was included as an exemplar demonstrator on how the GRAF might be applied in practice, and I acted as an observer to the Expert Group. In the related land of jargon phrases that somehow need to be translated outside of the ‘expert zone’, if you feel like learning and translating, have a look at the 2030 Agenda, the Sendai Framework, the Paris Agreement and the New Urban Agenda. One it’s-a-bug-not-a-feature of wading into the landscape of ‘trying to work out what to do’ is the plethora of terminology, ontology-overload that you have to climb: hazards, disasters risk reduction, resilience, reconstruction, preparedness, mitigation, adaptation — all are actually about ‘making things less terrible’ but are mired in their own siloes. As Chris Adam’s says: OMGclimate. We need to get better at working together.

Aromar’s quote at the top of this email was a stand-out ‘oh-shit.’ moment for me. My stating-the-bleedin-obvious reminder: this isn’t about ‘other people’, it’s about everyone. And now, not tomorrow. The majority of the world’s population lives in cities. Hundreds of millions in coastal regions and cities. New York is planning to spend $10B on flood defences and other measures:

By coincidence(?), The Guardian also chose May to redefine the language of Climate ‘Change’ to ‘Crisis’ — and it’s working. And, of course, XR took a brewing mass-movement to the streets. We all need to do all the things.

All this helped us push forward with the initiative through June-Sept, with the support of Europe’s main climate initiative—Climate KIC—to the point that it is now a non-profit company, with embryonic members, an amazing advisory board, and support of the UN to create a digital ecosystem for the planet — we announced it at the UN Climate Action Summit in New York. 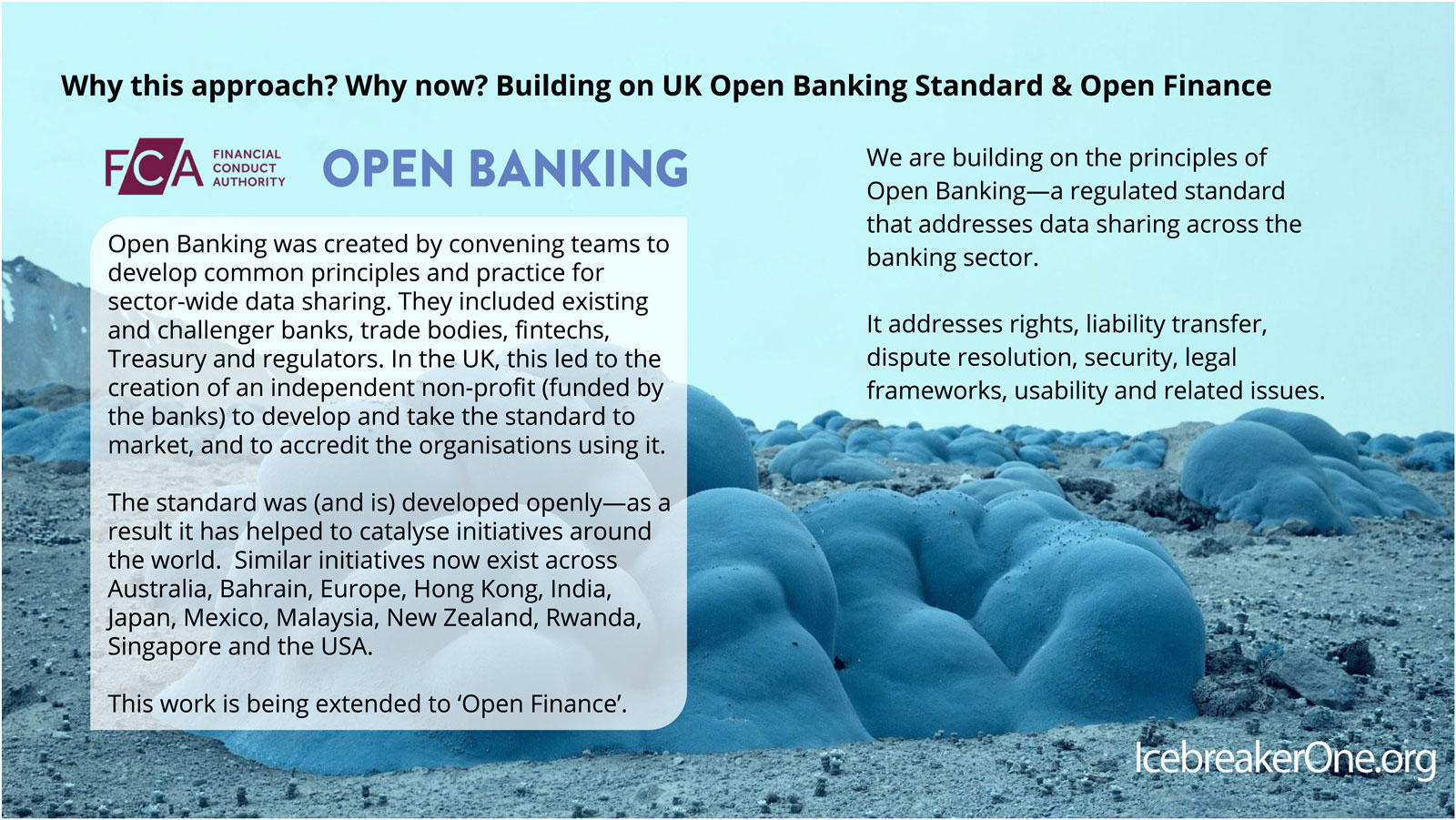 Open Banking is now in development around the world. In May we helped launch it in New Zealand as well as creating a new APIcentre, have been helping Canada’s Business community work through questions related to their digital economy, and helping Edinburgh develop its Global Open Finance Centre of Excellence.

We’re now working with the UK Financial Conduct Authority on both Open Finance and Climate Financial Risk Innovation, gradually evolving the world of Shared Data (which I decided to create a definition for) to find its home as part of the broader web of data.

3. Designing for people, not things 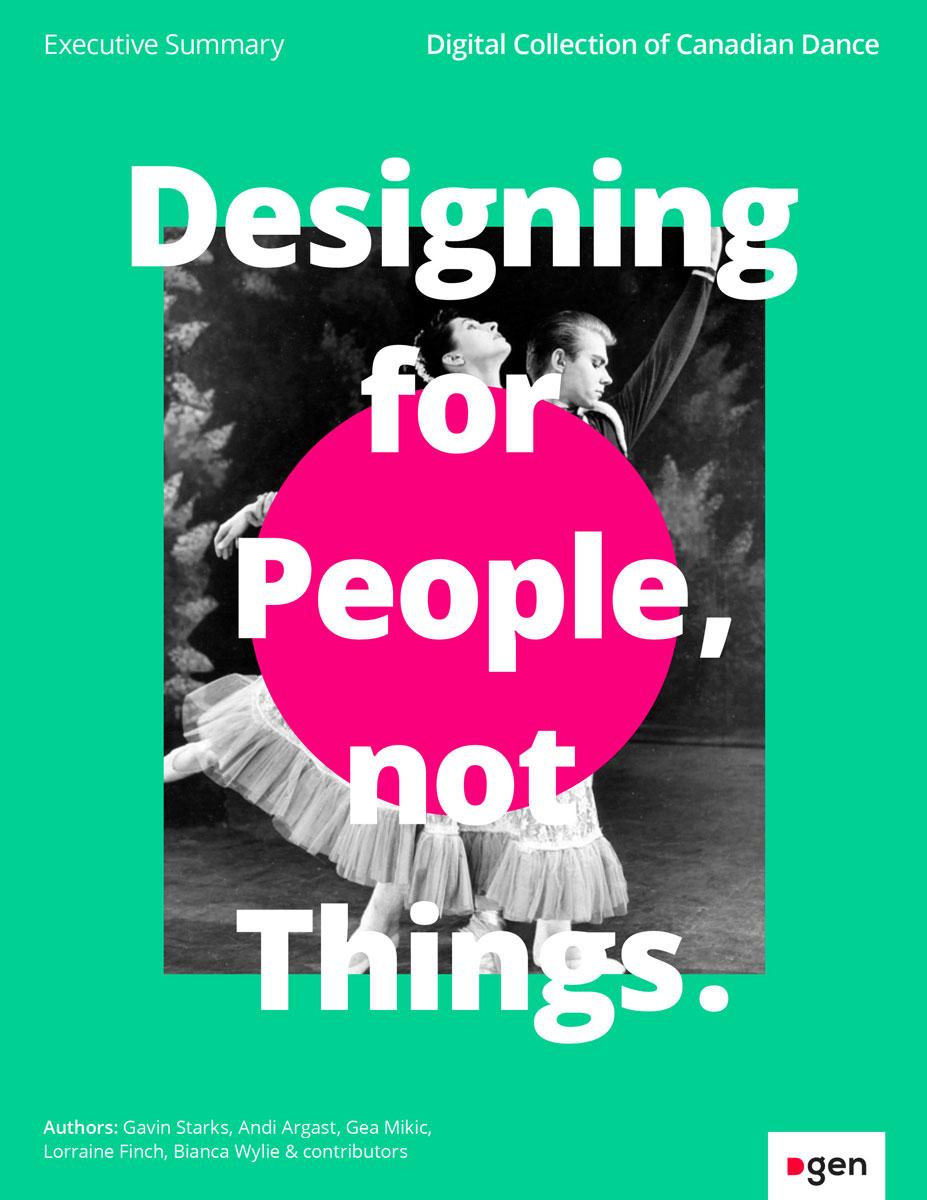 Working with Dance Collection Danse (DCD) we have created a vision for their new national digital archive: a shared history that could be a co-created and co-managed collaboration between institutions, organizations and individuals.

We based our work on the idea that an archive in the age of the web was not just about ‘creating a portal’, but creating an environment where everyone can contribute, access and share.

We were approached this year to help explore approaches for Universal Commons — an initiative focussed on “Creating a thriving economy that invests in people and the planet”. We led a Market Design Project to explore the central economic questions of supply and demand: what is measurable, quantifiable and could be traded in a form that internalises environmental and social externalities.

It was fascinating to re-explore this question from scratch again. We brought together some brilliant minds from the Dgen Constellation including Bryony Worthington, Ben Cotton, John Elkington and others to unlearn, re-learn and build upon diverse market-based solutions: from supranational cap & trade carbon markets to regional air-quality markets to green bonds. Our summary was that there are new opportunities to bring together policy, industry and data to better measure, report and design systems that internalise externalities—and price them. We reflected that there is a lot of ‘wheel-reinvention’ going on today (e.g. blockchain-led ideas) that are not informed by decades of prior-art. At the same time, some ideas were just ‘too early’ (e.g. AMEE).  How we might combine these instruments and ideas led us in the direction of initiatives like Icebreaker One, and how we might better enable federated solutions to bloom & replicate: for example, how could a localised air-quality market be productised (at very low cost) to make it easy to deploy in cities around the world?

We’ve been working with a number of innovators this year aligned with systems-thinking. Of particular note are: 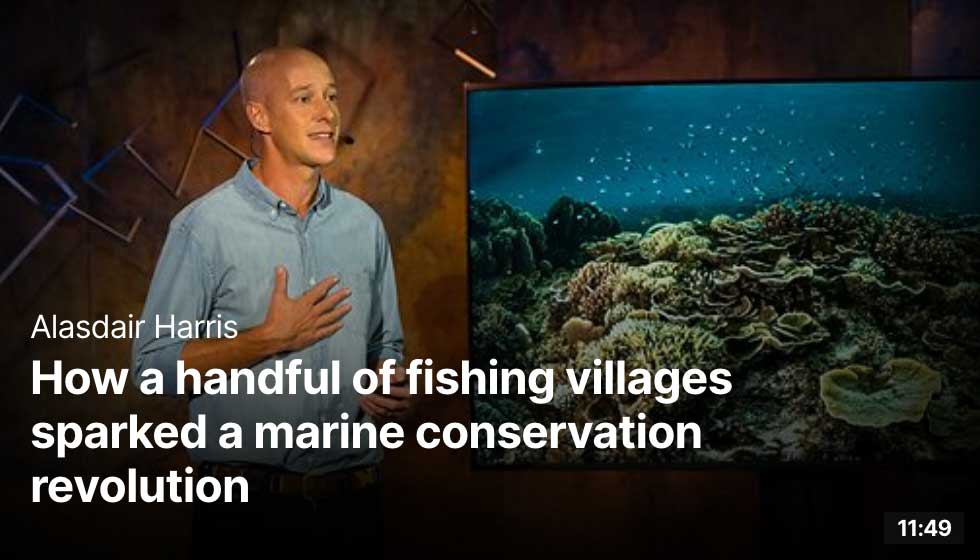 1. Grass-roots marine conservation charity, Blue Ventures.
Find ten minutes to watch its founder, Al Harris, give this TED talk. They have grown ten-fold since I joined as a Trustee three years ago — all down to their amazing, dedicated and passionate team, and Al’s leadership. Watch this space for we hope to help take them forward with Icebreaker One. 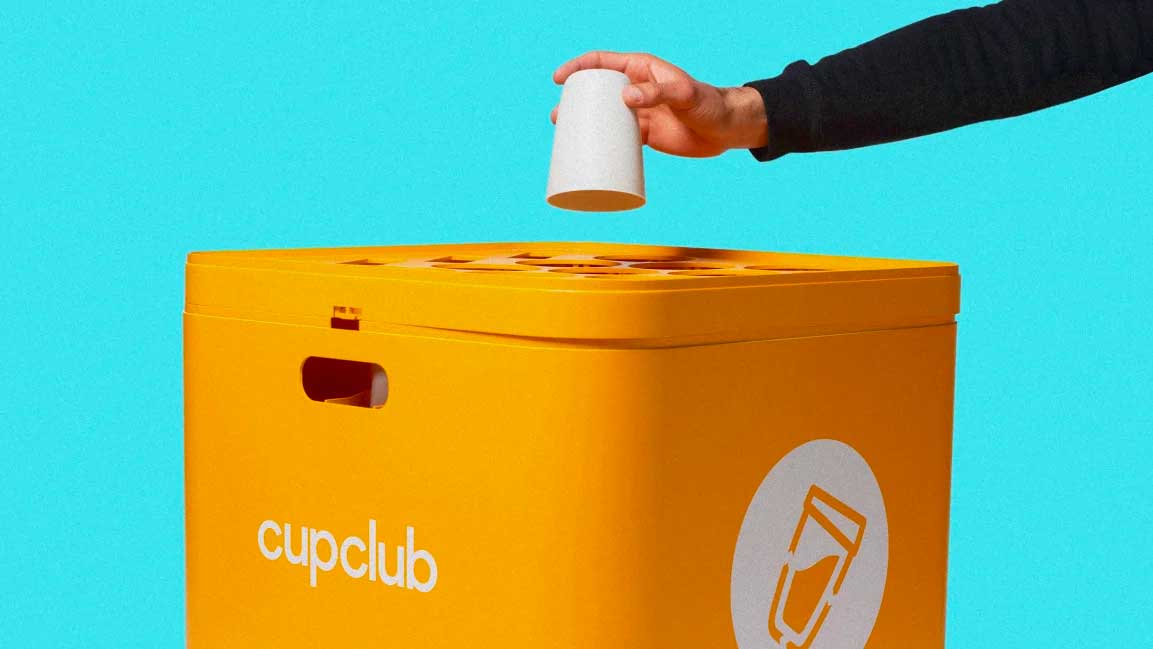 2. Circular-economy, zero-waste-to-landfill, startup CupClub.
They have come to market in the year when plastic waste hit the headlines, with a reusable cups-as-a-service business that has caught the attention of Google, Waitrose and Ellen MacArthur Foundation.

How you can help