On my way to a meeting this morning I was walking along Brooktorkai in Hamburg. I passed a fuel station for vehicles. This is a completely unremarkable event, except the fuel in this instance was hydrogen. It left me reflecting on how the synthesis of fuels using power generated from renewable sources of energy will replace the reckless and extravagant use of fuels accumulated over hundreds of millions of years of photosynthesis with which we are jeopardising the planet. The choices we make now place us at the pivot of aeons, as we decide how best to make the transition to a sustainability that balances our future against that past.

It has been observed that we live in unique times. As we enter the third decade of the third millennium of the Common Era we find ourselves being the first generation of the first species to understand the severity of its impact on the planet, and the last generation to be in a position to do anything about it. Whether this is a condition of privilege or perdition depends upon what we do now.

The only sustainable future of our species (in the numbers we currently represent enjoying anything resembling the standard of living experienced by the most fortunate billion or so among us) relies on rapid and lasting decarbonisation of our economies. The recent IPCC report on limiting global warming to 1.5 Celsius degrees presents this in the starkest terms yet. It is clear that targets we previously hoped to achieve by 2050 need to be achieved by 2030.

However, knowing the destination is not sufficient. We also need to know, step by step, how to get there. In many ways the greatest threat facing us as a species is not the primary challenge of alleviating climate change, with all its attendant stresses and disruptions. It is overcoming the apathy and defeatism that comes from not being clear about what coherent sequence of actions are required, starting now, to do anything about it. 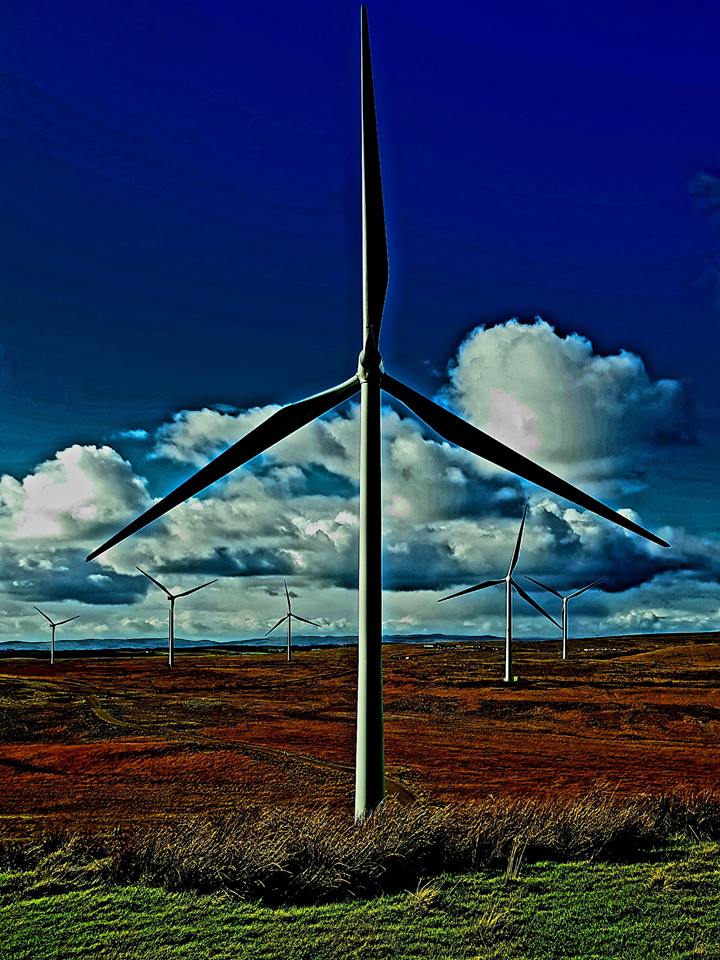 On the other hand, I am confident we will prevail. One can point to many instances where a civilisation failed due to rising inequality and disregard for its environmental impacts. However, in general the continuity of human history and society is testament to the fact that most problems get solved. In fact, most challenges are met by solutions that emerge without  explicit co-ordination or acknowledgement. They emerge from our general unexpressed awareness. What is necessary is that the conditions for solutions to emerge are preserved. These include well informed participants in society sharing their experiences on the basis of common concerns. They include the understanding that our interests are both individual and collective. Our fates are geared in secret, where we cannot interrogate them, in hidden hinterlands of thought where our intentions and anxieties overlap and intertwine. When our salvation is announced, even though it may seem miraculous, it is mundane.

What are the developments that seem to me to indicate the emerging pathways to sustainability?

I am inclined to speculate about a variety of steps that may combine to form a viable pathway.

It is clear renewable energy generation will play a central role. At the moment there are discussions about how to develop cost models for renewable energy beyond a simple Levelised Cost of Energy (LCoE). This considers discounted lifetime costs, including the initial highly capital intensive construction phase of project development. Reasons to look at other ways of costing renewable energy that place greater emphasis on the post-construction phase include the volatility of power prices and the imminent post-subsidy environment (for example, the end of Production Tax Credits (PTCs) in the USA in 2021).

However, the most transformative impact will arise from the zero incremental cost of renewable energy. This will become the dominant consideration of any economy powered by renewable energy. In fact, the transformative impact of a zero incremental cost of energy will eventually reduce the initial capital costs. In order to access this feedback mechanism, that will reduce the capital expenditure that is reflected in the LCoE, we need to move beyond LCoE first. We need to decouple the capital intensive build from the zero incremental cost associated with operation in the absence of fuel costs in order to access those benefits. This is already underway, motivated by other considerations regarding price volatility.

When I say zero incremental cost, I am clearly disregarding operational expenditure arising from, for example, both routine and unscheduled maintenance activities. But these costs are falling all the time, as the scale of deployment increases and the pace of innovation accelerates. In fact, in renewable energy technologies such as wind power,

unified digital workflows are emerging that will allow us to continue reducing costs.

These workflows will accommodate both remote sensing of operational conditions using lidar and asset design and operation based on simulations of those operational conditions using models validated by those measurements. These will be integrated into a single optimised asset lifecycle. I see the optimised digital workflows of which this is just one example as tributaries to our overall pathway to sustainability. 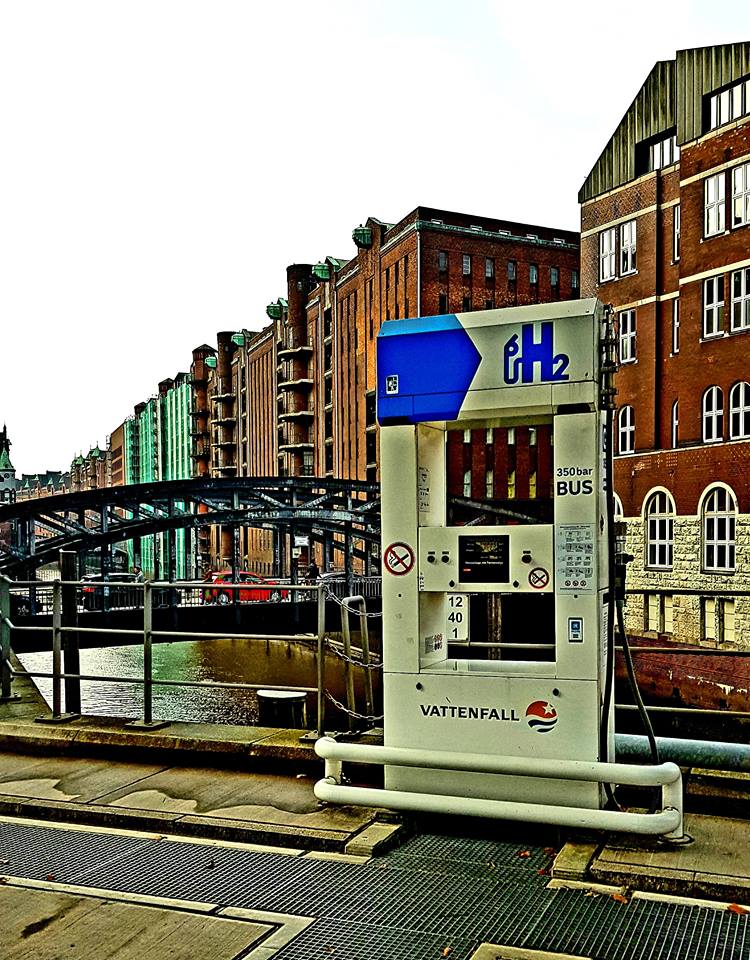 Digitisation in general will make a significant contribution. The more that activities can be in some way digitised, the more they can be assessed using algorithms that demonstrate Proof of Work (PoW). These algorithms perform calculations of the sort necessary to validate  cryptocurrencies.

Could optimising renewable energy finally be a good use-case for Proof of Work?

At the moment PoW for bitcoin mining is based on undertaking pointless tasks. However, if useful work is digitised in some way, it becomes possible to make this the basis of PoW. Not only does this form a more equitable basis for rewarding effort. This can also bring activities previously excluded from our normal calculations of costs and benefits into consideration, such as performing housework, and writing blog posts like this.

Crucially, though, it achieves two things. Firstly, in linking currency to useful effort, it supports the development of our economies away from the fiat currencies that underlie neoliberal economic and monetary policies that have resulted in precisely that highly skewed commodification and valuation of resources and labour that has led to the current crisis.

Secondly, it provides a basis to hardwire renewable energy into our economies. In order to decouple the producer from the consumer of renewable energy using synthetic power purchase agreements (PPAs), green energy certificates or Guarantees of Origin will be created and exchanged. The PoW algorithm can be formulated in such a way that it requires a GoO of the renewable energy consumed performing the useful work that has been digitised and assessed. This then encourages energy efficiency as the means to achieve maximum leverage of the available GoOs.

Indeed, the zero incremental cost of energy may result in all trades being based on peer-to-peer exchange of GoOs over a decentralised synthetic PPA. Essentially the energy utility will become an API for peer-to-peer exchange of GoOs between individuals who are both producers and consumers of renewable energy. This is already the case in microgrids emerging in places like Bangkok and Cornwall, where energy is bought and sold using an app.

Reducing utilities to APIs will not happen without transformation of our transmission infrastructure.

Again, this is already underway in response to the increasing penetration of renewables. There are two key concepts that will form the nexus around which the grid of the future will coalesce: tight local binding and loose global binding. Microgrids combining a variety of renewable and storage technologies will represent the tight local binding end of this spectrum. This will be based on existing energy distribution infrastructure and technologies. Loose global binding will be achieved via sector coupling.

This is where other sectors of the economy are configured to couple with renewable energy generation. As we adapt our technologies to be more compatible with highly distributed, intermittent and variable energy resources, the end use becomes the grid. We adopt a systems approach, where a monolithic grid is replaced by energy use cases.

Examples include autonomous electric vehicles (EVs). The electrification of transport in general provides a number of energy use cases where storage capacity will have an energy transmission as well as a passenger transportation function.

Another energy use case will lead to the complete decarbonisation of global shipping. Over the next decade the deployment of floating wind turbines (possibly in combination with other marine renewables) to locations far offshore will dramatically increase the proportion of the Earth’s surface available for power generation. The locations that would be available would be restricted by a conventional approach to power transmission.

Instead, energy will be stored, perhaps through hydrolytic production of hydrogen or some other electrosynthesised fuel, perhaps through the production of electrolytes for exchange with depleted electrolytes in flow batteries, or perhaps in some other way. This will provide a source of energy for global shipping, displacing the estimated annual $150 Billion bunker costs for fuel which results in the shipping industry being the world’s 6th largest emitter of carbon, were it a country.

We can do this.

In fact, I would assert, we will do it, and that the processes that will deliver this outcome are already underway. I have perhaps been deliberately provocative in some of my suggestions here.

It is as important not to obstruct the emergence of solutions as it is to encourage them.

It is entirely possible that we will achieve a sustainable cash-free post-scarcity circular economy by 2030. Then we will stand at that pivot of aeons, between the era in which energy was accumulated for hundreds of millions of years by natural processes, only for us to consume it over a short period of time, and an era where the technologies that consumption enabled allow us to directly access the energy that was previously accumulated, and consume it in a sustainable manner.

At the moment our energy consumption is similar to the energy consumed by a Kardashev type 1 society – one that consumes all the energy arriving at a planet from the star it orbits. But it only seems that way because of the long integration time represented by fossil fuels. A pathway to sustainability is the way we become a genuine Kardashev type 1 civilisation, which is the only position from which to progress further. In this way, the pathway to sustainability is the pathway to the stars.