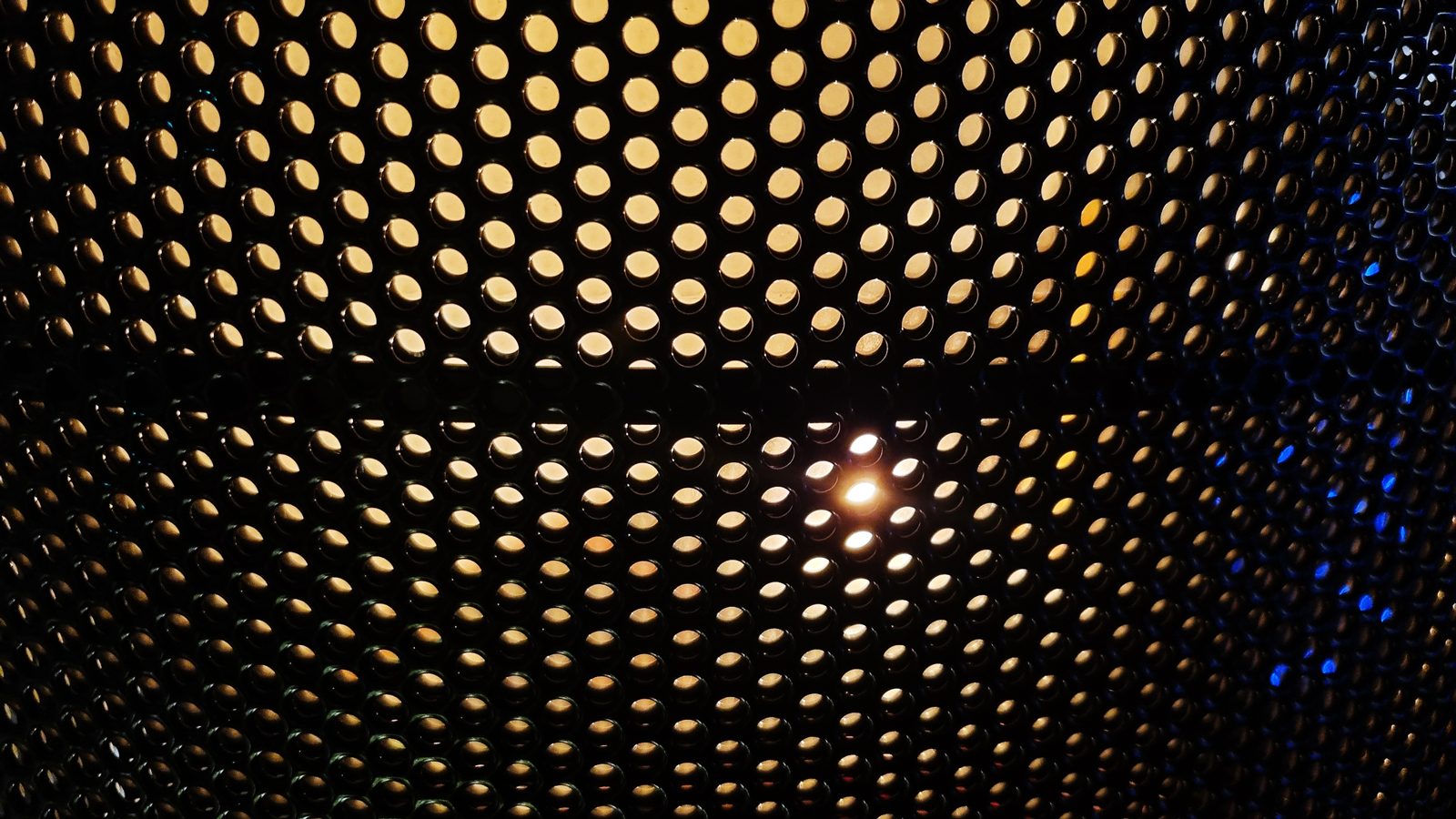 As you may know, I’m a bit of an audio geek. This post is focussed on how I’ve created a soundstage at home, not just a ‘stereo’.

As a teenager, I was fortunate to have had access to a wonderful recording studio (thank you Nikki Ash on the Isle of Arran). It included some incredible equipment (including some old Beatles gear) and my first experience of acoustics done well. Fast forward a few years and I was running the recording studios at Glasgow University and lecturing in sound engineering.

This introduced me to some incredible sound equipment (the main studio had a quadrophonic system with four custom-made 15″ Tannoy Golds) which I used to master all the music I was writing at the time, as well as helping my students master everything from choral and classical to grunge and emerging dance music (this was 1993).

We also had a visiting performance from the BEAST which we ran in the main university concert hall — it was a 32-channel speaker system where the audience was sat in the middle, speakers all around and above them. The main speaker components of that system were ATC SCM100As, and (as a young 22yo) opened up my thinking as to how things could sound when done well: what a soundstage can be instead of a ‘stereo’. This all fed into my Master of Music thesis on Virtual Reality Audio.

Over the years I gradually accumulated and upgraded, via second-hand papers (in the 90s) to eBay: from the ATC SCM10s to the SCM20s and eventually to the SCM100A’s (which, as they retailed at £15k in 2005, I had set as a saved search on eBay for about five years before a pair appeared that I could actually afford). Turns out I’d bought them from Jethro Tull, and only just managed to squeeze them into the hatchback after a long drive to their studio in Devon.

In designing my own home (the boat), I was able to embrace sound system design in the space. It’s taken a while, given the incremental way I tend to build things, and today I finished a fairly substantial upgrade to a 9:2 setup (9 speakers and 2 subwoofers) and the results are so good that I’ve spent most of my free time listening to as much as I can. Even well-produced music that I don’t like is worth a listen, although unfortunately there are also some recordings of music that I do like that are not so well-produced, which is a shame.

The next steps will have to be to add some mixing capabilities into the chain to adapt individual tracks to the space. And, of course, in my copious spare time, use it to actually get back to writing … one day.

So, what’s involved? Well, all in, there’s about 4.5kW (RMS) of amplification (e.g. the REL subs are 800W each; the ATCs have three amplifiers each, one for each driver, making 350W per speaker). There are 11 speakers, a surround amplifier, and a power amplifier to drive them all.

Combined, it also weighs in at about 330kg.

The result is the ability to move a lot of air, without distorting, and to very low frequencies (-6dB at 21Hz). It is particularly important for the kind of music I write (and listen to), as a lot of it is sound that you can feel, not just hear (and I don’t mean pounding drum & bass). This is why, when I was upping the sub capability I went for two 15″ units.

One of the most unexpected surprises was taking a punt on two electrostatic speakers (photo above) for the surrounds. These Martin Logan’s are usually used as a primary pair, but as surrounds, they create a fantastic dispersion that changes the whole soundstage. As they augment their electrostatic panels (which are not so good for bass) with their own sub at the bottom of each speaker, the combined bass distribution from the three pairs of low-frequency drivers (ATC, ML, REL) is extremely robust.

Finally, while Spotify is still my tool for music discovery, CD is still just better (again, especially for low-frequency encoding). I did briefly play around with going back to vinyl (with a lovely Linn Sondek LP12 transcription), but while I love the aesthetic of it all, and it sounds fabulous, it ends up taking too much faffing around when you just want to get on and…listen.

While it’s a now-ancient technology (which also means you can pick up old studio-grade machines for peanuts), CD is a great format. I can browse my collection, see the album art (something online services have never sorted out, don’t get me started!), get an element of the tactile in the process of playing, and listen to the studio-grade master. It doesn’t crash and, as a technology, has already outlasted my iPods, PCs, numerous hard drives, and – most importantly – the disappearance of tracks from online services (such as Spotify itself)!

So, here’s the rundown, for those who geek out on tech kit:

My top tip: always buy secondhand. I don’t really want to work out what this lot would have cost new, but I certainly wouldn’t have been able to afford it, and estimate I’ve saved over 80% on the RRPs.
Other top-tip: use the auto-configurator application (in this case Audessy) in the amp to do the basic room acoustics modelling, but then tweak levels and other settings based on what you can hear. This will make a big difference (far more than fancy cables/etc, which are mostly nonsense), as will moving the speakers, or your furniture, or adding fabrics, books or plants to the space. Good acoustics don’t have to look ugly.

Oh, and this setup is pretty good when watching movies too 😉